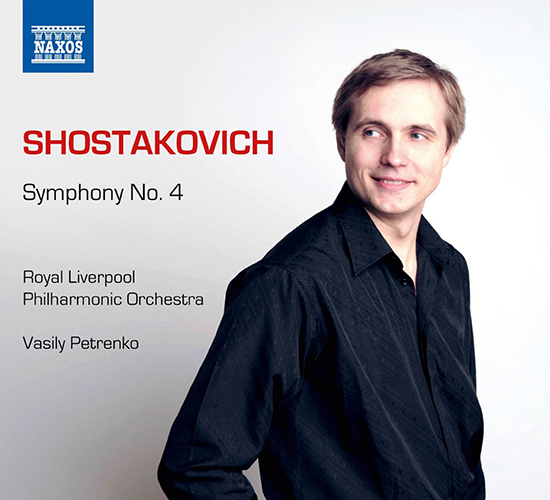 Completed in 1936 but withdrawn during rehearsal and not performed until 1961, the searing Fourth Symphony finds Shostakovich stretching his musical idiom to the limit in the search for a personal means of expression at a time of undoubted personal and professional crisis.

The opening movement, a complex and unpredictable take on sonata form that teems with a dazzling profusion of varied motifs, is followed by a short, eerie central movement. The finale opens with a funeral march leading to a climax of seismic physical force that gives way to a bleak and harrowing minor key coda. The Symphony has since become one of the most highly regarded of the composer’s large-scale works.

“the Liverpool players get around the enormous technical challenges with great verve, and the self-destructive climaxes are never shirked. But there’s a brittleness to how Petrenko treats some of the episodes…Much of his reading, though, is spot-on” The Guardian, 3rd October 2013 ****

“Haitink has acknowledged that the Fourth “is a difficult work to handle and has to be kept on a leash”. Petrenko echoes that view in this performance; the proportions and sometimes wild discourse are held in perspective. But it also tempers punch with sensitivity” The Telegraph, 31st October 2013 ****

“Since Vasily Petrenko and the Liverpudlians haven’t disappointed in any instalment of their Shostakovich cycle so far, the chances were they would excel here. And they do. A special coup at the start is the high-frequency shock…Petrenko drives weird sounds to appropriate extremes…The many wild climaxes are exceptionally vivid.” BBC Music Magazine, December 2013 *****

“Petrenko makes following its thought processes, its phantasmagorical journeying between worlds so much easier. He makes perfect sense of the seemingly senseless…The skewed logic of the piece is made gripping, the disparate and the enigmatic reconciled.” Gramophone Magazine, November 2013