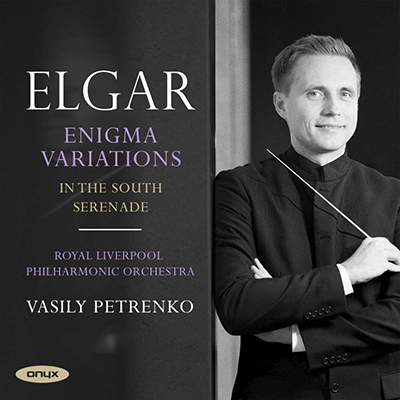 The third Elgar album from Petrenko and the RLPO, a critically acclaimed team of Elgarians, brings together three masterpieces, In the South, a vibrant and colourful depiction of the Southern Italian coast, the Serenade for String Orchestra, and the Variations on an original theme, known as the Enigma Variations. Elgar’s breakthrough masterpiece was conceived in 1898 during a moment of dispirited idleness. He had come home exhausted from a day of violin teaching and was absent-mindedly extemporising at the piano when his wife, Alice, called out: ‘Edward, that’s a good tune.’ What Elgar’s fingers had stumbled upon were in fact hints or fragments of a melody, each starting after the first beat of the bar – ideal for variation treatment. Now contemplating that theme, Elgar began to imagine how certain friends of his might play it or make it their own ….