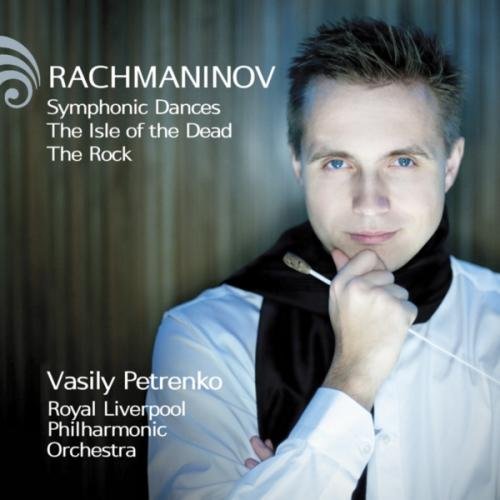 Avie’s tenth release with the RLPO and third with their music director Vasily Petrenko, is the first in a series of orchestral works and concertos by Rachmaninov. It features the Symphonic Dances, and the symphonic poems Isle of the Dead and The Rock.

Avie’s fruitful association with the Royal Liverpool Philharmonic Orchestra yields its tenth release, and the third with Vasily Petrenko, the youngest Music Director in the RLPO’s illustrious history and winner of the Classic FM/Gramophone Young Artist of the Year award in 2007. A native of St. Petersburg, Petrenko appropriately continues his exploration of Russian repertoire with the first in a series of orchestral works and concertos by Sergei Rachmaninov.

The Rock – Fantasy for Orchestra, Op. 7

“The Liverpudlians could easily be mistaken for a crack Russian orchestra – the key ingredient is the commitment of the playing, the sense of an orchestra at its peak.” Financial Times

“Everybody wants Vasily Petrenko, the blond, galvanising young Russian who, in two years as principal conductor, has transformed the artistic profile of the Royal Liverpool Philharmonic Orchestra. Feel that crackle of electricity…the orchestra’s ensemble spirit is so tight that you could cut yourself on the music’s edges.” The Times

“Petrenko and the RLPO bring freshness to all three [works], responding sensitively and shrewdly to the romantic and dark-hued undertows of the earlier works and to the piquancy of the later one. Petrenko instinctively conveys the essential quality of soul that the interpretation of Rachmaninoff requires.” The Telegraph, 18th February 2010 *****

“Petrenko’s galvanising effect on the Royal Philapudlians continues to be documented rewardingly on disc…He achieves a wonderfully integrated blend of orchestral sound, yet his attention to details of instrumentation and dynamic is achieved without artificial highlighting.” Sunday Times, 21st February 2010 ****

“Petrenko master… of encouraging expressive phrasing in counterpoint; the woodwind rockings around the heartaching saxophone melody at the centre of the first dance are as important as the main event, and the flurries which accompany a very slowly kindled reprise of the second-movement Valse triste… make the hair stand on end.” BBC Music Magazine, March 2010

“Vasily Petrenko conducts the RPO on tremendous form in a precise and dramatic performance of both pieces, plus the tone poem “The Isle of the Dead”. Worth it for the woodwind alone.” The Independent on Sunday, 28th March 2010

“The Symphonic Dances, The Isle of the Dead and The Rock all have a distinctive Rachmaninov stamp, for which Petrenko has a sure ear, coupled with a stylistic acuity that enables him to point out the differences between the later and the earlier music” Gramophone Magazine, May 2010

“the arresting performances by Vasily Petrenko and the Royal Liverpool Philharmonic Orchestra provide a truly unforgettable triptych, marvellously played and given full-blooded, demonstration-quality recording…The Liverpool performance is tremendously compelling, and this is one of the finest non-concertante Rachmaninov CDs in the catalogue.” Penguin Guide, 2011 edition