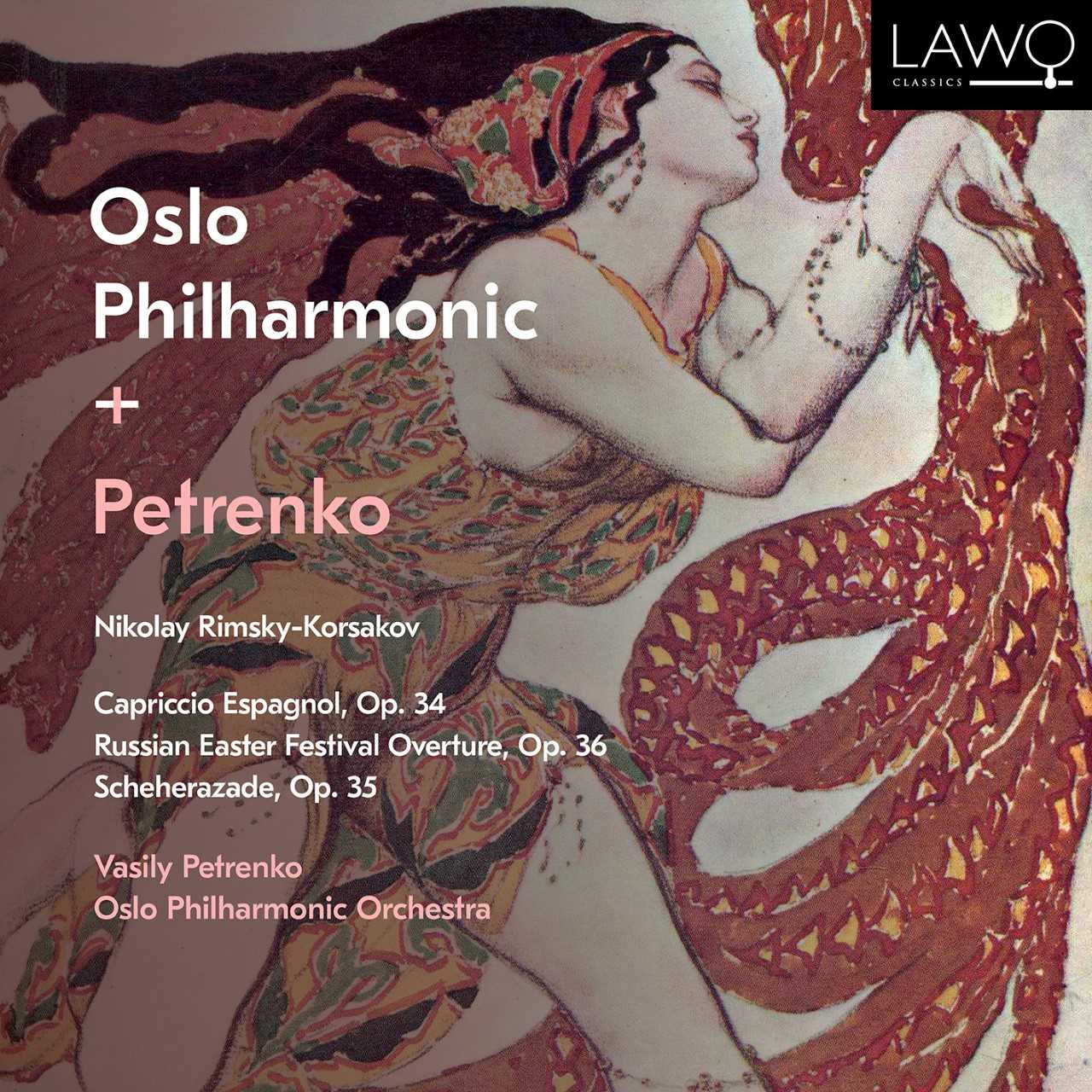 THE COLOURFUL ADVENTURES OF RIMSKY-KORSAKOV

After completing their much-appraised cycle of Richard Strauss’ orchestral works, the Oslo Philharmonic and Vasily Petrenko explore a selection of colourful and folklore-inspired works by Nikolay Rimsky-Korsakov.

In 1856, Rimsky-Korsakov enrolled as a naval cadet. Barely a year into his studies at the naval academy, the young Nikolay saw his first opera. Soon he heard symphonies by Beethoven and Mendelssohn, and even before embarking on a three-year voyage around the world aboard a clipper, Rimsky knew he wanted to be a composer, not a seaman.

His time at sea wasn’t wasted, however, as it provided Rimsky  with inspiration for the works on this recording, where the Spanish Capriccio, Op. 34 and the exotic tales of the Sultana in Scheherazade, Op. 35 meet  the familiar sounds of the composer’s homeland in the Russian Easter Festival Overture, Op. 36.

Vasily Petrenko is one of the most significant figures on the classical music scene today, and he has won numerous accolades for his recordings of the Russian repertoire, including two Gramophone Awards. With Oslo Philharmonic Orchestra he has recorded works of Shostakovich, Szymanowski, Strauss and Prokofiev, as well as a large cycle of orchestral works of Alexander Scriabin.

Oslo Philharmonic Orchestra first saw the light of day in 1919, and over the next half-century the orchestra’s reputation grew steadily. In 1979 the conductor’s baton passed to Mariss Jansons, and under his leadership Oslo Philharmonic achieved its full potential and became a rival to the great philharmonic orchestras of Vienna, Berlin and New York.

It was Nikolay Rimsky-Korsakov’s older brother, Voin, who first put ideas of travel, ships and the sea into the would-be composer’s head. The young Nikolay had never set foot aboard a boat but Voin’s evocative letters home from the Far East, where he was stationed in the Imperial Russian Navy, proved more than sufficient. In 1856, he enrolled as a naval cadet and completed six years of training. Barely a year into his studies at the naval academy, the young Nikolay saw his first opera. Soon he heard symphonies by Beethoven and Mendelssohn and encountered a piece by his senior Mikhail Glinka, Jota Aragonesa. Even before he embarked on a three-year voyage around the world aboard a clipper, Rimsky knew he wanted to be a composer, not a seaman. Afterwards, having sailed into some of the great ports of the world, he returned home happy never to leave Russia again the only journeys Rimsky wanted to make were musical. The Oslo Philharmonic under the baton of Vasily Petrenko perform Rimsky-Korsakov’s Capriccio Espagnol, Op. 34, coupled with the Russian Easter Festival Overture, Op. 36 and Scheherazade, Op. 35, Symphonic Suite On this brand new recording from Lawo Classics. Vasily Petrenko is one of the most significant and galvanizing musicians alive. He is one of the most acclaimed classical recording artists alive and has won numerous accolades for his recordings of Russian repertoire, including two Gramophone awards. With the Oslo Philharmonic, he has recorded Shostakovich and Szymanowski concertos, Romeo and Juliet by Prokofiev, as well as two major cycles of orchestral works by Alexander Scriabin and Richard Strauss respectively. This new recording of Rimsky-Korsakov with the Oslo Philharmonic continues their journey together and is sure to generate critical acclaim. Previous Strauss recordings were selected as “Editor’s Choice” by Gramophone Magazine and were universally critically acclaimed: Gramophone Magazine: “There’s no lack of excitement or, where needed, bombast, and the Osloers’ sound at full throttle is thrilling, their playing superb.” The Sunday Times: “As Petrenko’s tenure in Oslo begins to wind down, he revels in the standards of orchestral virtuosity he has attained with this excellent band in two Strauss tone poems that challenge all instrumental departments…the Osloers shine brilliantly.”

Scheherazade, Op. 35
7. I. The Sea and Sinbad’s Ship
8. II. The Tale of The Kalendar Prince
9. III. The Young Prince and The Young Princess
10. IV. Festival at Baghdad – The Sea – The Shipwreck