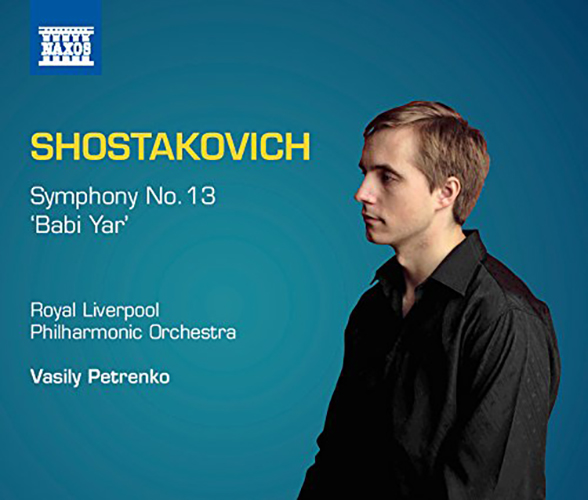 Shostakovich wrote his Symphony No. 13, Op. 113 in 1962. The climax of his ‘Russian period’ and, in its scoring for bass soloist, male chorus and orchestra, among the most Mussorgskian of his works. It attracted controversy through its settings of poems by Yevgeny Yevtushenko (the ‘Russian Bob Dylan’ of his day) – not least the first movement, where the poet underlines the plight of Jews in Soviet society. The other movements are no less pertinent in their observations on the relationship between society and the individual. This is the final release in Vasily Petrenko’s internationally acclaimed symphonic cycle.

“The power this performance accumulates at the climaxes of the second and third movement is lacerating; the men’s choruses may not sound totally Russian, but Alexander Vinogradov is a superb bass soloist, and Vasily Petrenko is as good at gloomy introspection as he is at brittle confrontation” The Observer, 5th Observer 2014 *****

“Petrenko’s nose for characterisation and his often startling attention to the dynamics of the piece make it feel not counterfeit at all but rather something he made earlier in his home city of St Petersburg…[Vinogradov] deploys his haunting head voice to poignant, almost unearthly effect.” Gramophone Magazine, October 2014

“With Petrenko’s ear for detail and his instincts for symphonic shape and dramatic flux, this is a disc that stands comparison with the generally acknowledged classic 1962 recording by Kirill Kondrashin (recently re-released on Praga), and it does so with pungent emotional force.” The Telegraph, 10th November 2014 ****