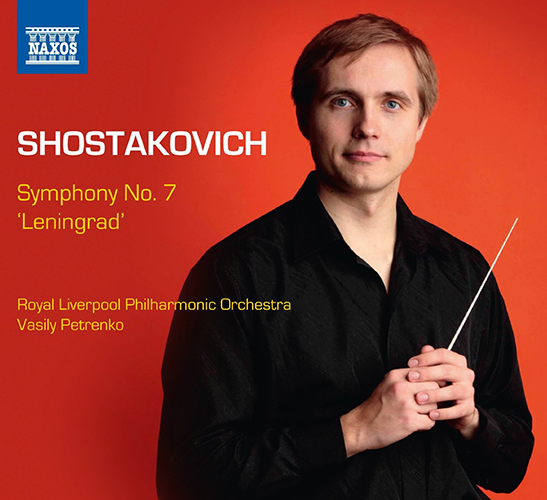 Three weeks after the Nazi invasion of the Soviet Union in June 1941, Shostakovich volunteered with the Home Guard in Leningrad. As the siege of the city intensified, he worked on his Seventh Symphony, completing three movements before being forced to leave Leningrad and travel east by train. The work was completed in December that year. Initially he gave each movement a programmatic title, but later withdrew them, leaving this epic work as an emblem of heroic defiance in the face of conflict and crisis: ‘I dedicate my Seventh Symphony to our struggle against fascism, to our coming victory over the enemy, to my native city, Leningrad.’ Shostakovich’s epic Seventh Symphony is a study in defiance and survival, written largely in the ruins of the besieged city in 1941. Its reputation has fluctuated over the years, with its immediate post war reputation largely low. But in recent years it has taken its rightful place in Shostakovich’s symphonic canon. As one of the Twentieth Century’s most recorded symphonists, the composer has been the subject of many recordings.

“The RLPO and their Leningrad-born conductor Vasily Petrenko bring out the work’s lyricism, as well as its austerity, with formidable woodwind playing throughout. These forces won a Gramophone award for their recording of the Tenth in 2011. They could be in line for another.” The Observer, 28th April 2013

“for sheer volume, Petrenko and his forces can stand up to anyone…[he] will keep you riveted from first note to last – and while the reading is never aggressively controversial, it does consistently reveal new aspects along the way. The orchestra plays brilliantly throughout, with superlative work from the soloists (special praise due to the first oboe)… A high point in an already exceptional cycle.” International Record Review, May 2013

“The miracle of this performance is the thoughtfulness and sense of inner repose that Petrenko hears in the quieter music…the depth and rawness of unison string sound that Petrenko encourages in the searing adagio expose Shostakovich’s battered nerve ends to devastating effect…Petrenko presides over a golden age of music-making in Liverpool.” Sunday Times, 5th May 2013

“This is a big-boned, satisfying blast of a performance….Petrenko is so adept at grasping the bigger picture…There’s so much to admire here – the playing is excellent, the engineering magnificent. You’ll believe that this is one of the greatest symphonies of the last century.” The Arts Desk, 4th May 2013

“Petrenko’s performance is sharp and alert once the allegro has emerged from the shadowy transition passage. He generates excellent momentum and bit” MusicWeb International, 13th May 2013

“Petrenko draws our attention to how much of the Symphony is marked pianissimo. No one has rendered more hauntingly the hushed writing for bass clarinet and flutes…Fresh, beautifully phrased and vividly recorded – if with a touch of the cathedral about the acoustics – Petrenko’s Symphony No. 7 clamours to be heard.” BBC Music Magazine, May 2013 *****

“The playing is not only well drilled throughout the four movements, it is also steeped in atmosphere that evokes a whole spectrum of emotions that seem to come as close to the nub of what Shostakovich was experiencing and voicing through his music as it is possible to be…Petrenko’s vision of it is thoroughly compelling.” The Telegraph, 16th May 2013 *****

“Is the Leningrad a pastoral symphony? Petrenko would like us to think so. Throughout the performance he looks for pockets of expressive intimacy quite as much as sheer excitement, although he is also capable of eruptive urgency.” Gramophone Magazine, June 2013