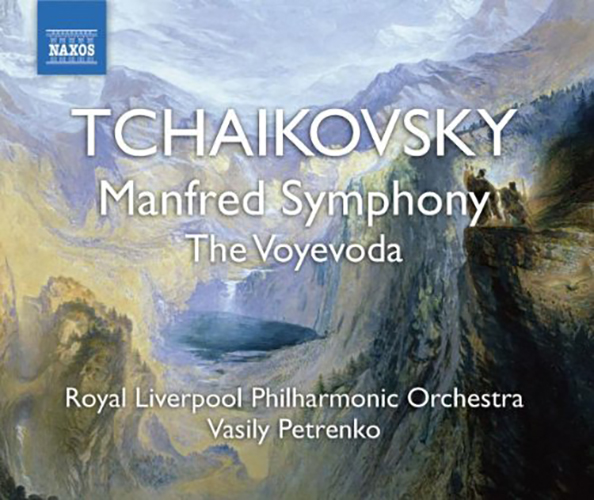 Written between the fourth and fifth symphonies, Tchaikovsky’s programmatic Manfred Symphony, inspired by Byron’s dramatic poem of the same name, contains some of the composer’s most thrillingly orchestrated music and best tunes. For Tchaikovsky, as for Byron, Manfred represented the figure of the outsider, an outcast from society.

Petrenko’s Liverpool debut with the Phil in November 2004, and subsequent appearances in October and December 2005, created huge excitement: “…memorable for the sheer electricity emanating from the podium. Instantly there was a sense of dialogue between conductor and musicians, between one orchestral family and another, between one phrase and the next, to release natural-seeming eloquence from his players.” The Daily Telegraph

“[Vasily Petrenko] seems to have everything going for him: dynamism, taste, confident command and clarity of communication….What an exciting conductor he is to watch, and, even more so, to hear in action.” The Daily Telegraph

“Petrenko’s Manfred emerges from the gothic greys of the opening wind chorale to vent his heartache in an emotive surge of string sound. But the real miracle of this first movement is the vision of idealised love emerging so tenderly… The palest clarinet against muted tremolando strings takes us directly to the heart of the matter, and Petrenko and his orchestra don’t disappoint.” Gramophone Magazine, January 2009

“All praise to the budget label Naxos for signing a deal with the [RLPO] and their Russian wizard for a series of major recordings….[Tchaikovsky’s Manfred Symphony] presents abundant evidence of the orchestra’s new glory…Throughout, the orchestra’s ensemble spirit is so tight that you could cut yourself on the music’s edges. … Watch out for more Petrenko magic on Naxos.” The Times

“Petrenko’s Manfred emerges from the gothic greys of the opening wind chorale to vent his heartache in an emotive surge of string sound. And to ensure that we’ve grasped the measure of his despair, he repeats himself.

“Petrenko’s Byronic petulance makes something really stirring of the self-loathing – Tchaikovsky’s as much as that of Byron’s anti-hero. But the real miracle of this first movement is the vision of idealised love emerging so tenderly in what one might normally call the development. The palest clarinet against muted tremolando strings takes us directly to the heart of the matter, and Petrenko and his orchestra don’t disappoint. Likewise in the epic coda, where anguish is again writ large in overreaching horns and trumpets. No superfluous tam-tam, thankfully.

“The dazzling apparitions of the second movement’s light-catching waterfall are sharply etched, and if Petrenko has a rather leisurely idea of what constitutes Andante con moto in the third movement, he can’t be blamed for loving this vintage Tchaikovsky melody too much. The playing, again, is lovely. Petrenko also keeps his head in the inferno of the finale, emphasising Tchaikovsky the classicist in the hard-working fugue. The ‘phantom’ organ, though impressively caught here, gets no better, but is quickly forgotten amid the serenity of the final pages.

“The opening pages of The Voyevoda seem to suggest a psychological summit meeting between Manfred and Hermann from The Queen ofSpades. Its galloping obsessiveness ratchets up the torment again. The bass clarinet gives everyone the evil eye; no wonder Tchaikovsky tried to destroy it. This is impressive – and, at Naxos’s pricing, not to be missed.” Gramophone Classical Music Guide, 2010

“it’s to the credit of Vassily Petrenko and the Royal Liverpool Philharmonic…that there isn’t a single moment in this performance when one wishes for the cuts that were once routinely inflicted on the score. Petrenko makes every bar count, even in the slow movement…the delicacy of the RLPO’s playing here, and in the gossamer scherzo that precedes it, is exceptional.” The Guardian, 17th October 2008 ****