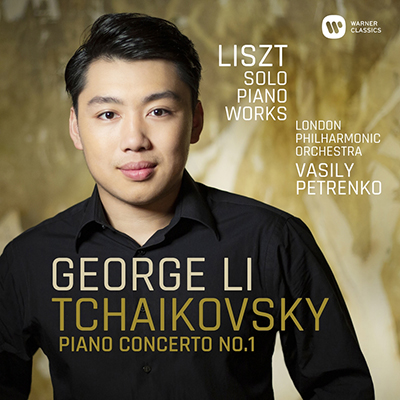 George Li gained international attention in 2015 when he won the silver medal in the International Tchaikovsky Competition in Moscow. Now he has recorded one of Tchaikovsky’s greatest and best-loved works, the Piano Concerto No 1 with the London Philharmonic Orchestra and conductor Vasily Petrenko. The New York Times has called him a “real revelation” in the work. It is complemented by three solo pieces by Liszt, a composer who featured on his debut Warner Classics recital, judged “a winner” by International Piano magazine.

Tchaikovsky: Piano Concerto No. 1 in B flat minor, Op. 23

Take from Presto Classical – link to reviews if applicable

https://open.spotify.com/album/7aLkiTL4PFnOYikOEu6rNy
X
We use cookies to ensure that we give you the best experience on our website. If you continue to use this site we will assume that you are happy with it.OkRead more