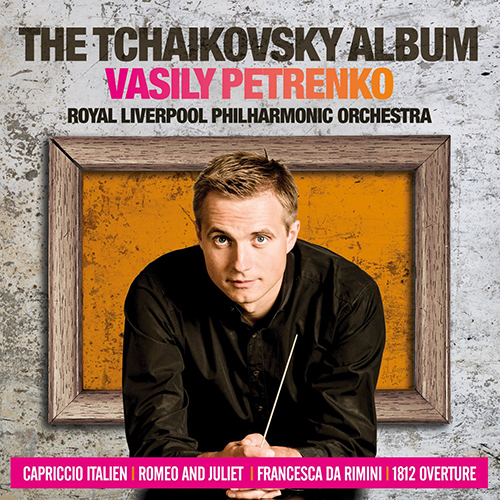 The Tchaikovsky Album is a stunning collection of original recordings showcasing a number of Tchaikovsky’s greatest works, including Capriccio Italien, Romeo and Juliet, Francesca da Rimini and the 1812 Overture. Led by Chief Conductor Vasily Petrenko, the Royal Liverpool Philharmonic Orchestra perform these works to a spectacular standard.

He has worked with many of the world’s most prestigious orchestras and has been awarded with numerous respected awards, including the Classic BRIT Awards Male Artist of the Year twice. The Tchaikovsky Album is released on May 11th 2015, just the week after the great composers 175th birthday. 2015 is also the 175th anniversary year of the founding of the Royal Liverpool Philharmonic.