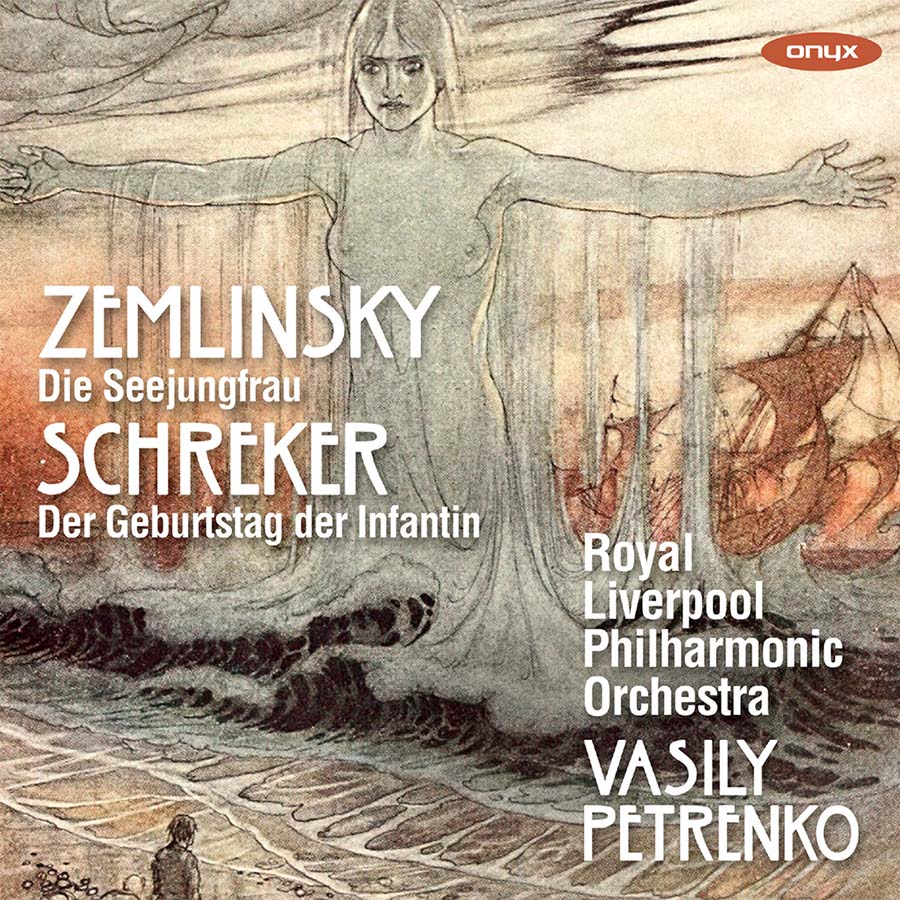 Following on from their critically acclaimed albums of Stravinsky, Elgar and Tchaikovsky, the awardwinning team of Vasily Petrenko and the RLPO turn to Zemlinsky and Schreker.

Premiered in the same concert as his brother-inlaw Schoenberg’s ‘Pelleas und Melisande’ in 1905, Zemlinsky’s Die Seejungfrau (after Hans Christian Andersen) was almost ignored by the reviewers.

Considered too conservative for the progressives and too progressive for the conservatives, Zemlinsky struggled to overcome the negative reviews of this masterpiece and withdrew it in the immediate aftermath of the premiere.

Vasily Petrenko for this recording uses the original version of the score which restores the ‘bei der Meerhexe’ episode to the 2nd movement.

Schreker’s Dance Pantomime ‘Der Guburtstag der Infantine’ (story by Oscar Wilde) was given its premiere in 1908 and was his first big success. One of the most progressive of the Viennese composers of this period, Schreker’s star would sadly wane, aided by the rise of anti-Semitism and the Nazis. Stripped of his official posts, he died in 1934 of a stroke.