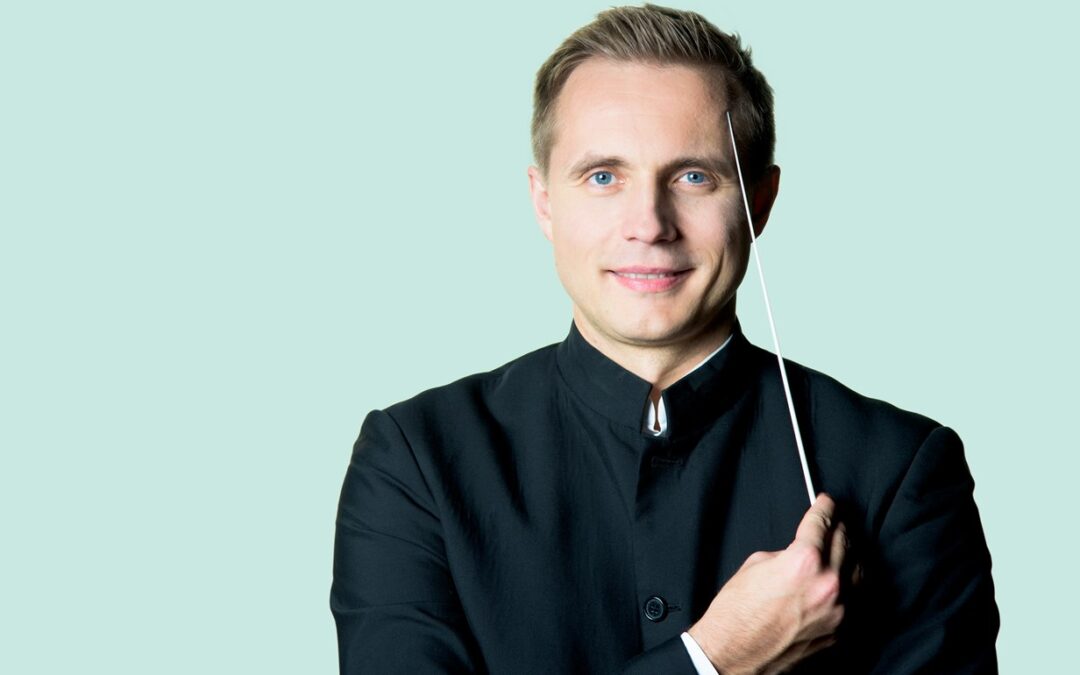 Journeys of Discovery provides the overarching theme of Petrenko’s concerts with the RPO in London. His programmes comprise works that confront such existential questions as ‘What is it to be human?’ and ‘What is our place in the world?’, concerns that helped shape so many great orchestral works. The series begins at the Royal Festival Hall on 2 October with Wagner’s rarely performed A Faust Overture, Grieg’s Piano Concerto (with Simon Trpčeski) and Strauss’s Also sprach Zarathustra, billed under the umbrella title of ‘Awakening’.

Mahler’s Symphony No.8, his so-called ‘Symphony of a Thousand’, is set to hold the Royal Albert Hall stage on 23 October, presented under the heading of ‘Redemption’. “Mahler Eight is very rarely performed, because of the number of performers it requires,” notes Vasily Petrenko. “Some 650 people will be involved – not quite a thousand but still a large number! I’m looking forward to performing it with the RPO and also Mahler’s Second and Third Symphonies later in the season (30 March & 27 April 2023).” Thanks to the rescheduling of projects postponed during the pandemic, the 2022-23 season includes a substantial touring programme for Petrenko and his London orchestra. Their forthcoming overseas itinerary includes concerts in Bratislava, Zagreb, Wrocław and Krakow (7-13 October); a 10-concert tour of Germany, the Netherlands and Belgium, including performances in Munich, Frankfurt, Cologne and Antwerp (23 January-4 February); and a major tour of Asia (20-28 May).

“My way of programming is to create concert series that people might want to follow over several performances,” observes Vasily Petrenko. “That’s why there’s an overall theme for our London series. It’s an intense season for us at home and overseas. It shows that things are coming back to some sort of pre-pandemic life. Let’s hope the present political and economic turmoil returns to normality soon, too.”

The conductor’s season includes debut appearances with the Orchestra of the Palau de les Arts in Valencia (16 December) and the Hong Kong Philharmonic Orchestra (January 2023). “I’ve been to Hong Kong with touring orchestras but this will be my first time with the local band,” he recalls. “I’m particularly excited to be working with this fine orchestra and that we will play Strauss’s Ein Heldenleben in one of our programmes.”

This autumn also sees Vasily Petrenko return to the Oslo Philharmonic Orchestra, which he served as Chief Conductor from 2013-20, and the Royal Liverpool Philharmonic Orchestra in his role as Conductor Laureate. He will perform Tchaikovsky’s Manfred Symphony with both orchestras, coupling it with Nikolai Tcherepnin’s Prelude to La Princesse lointaine and Tchaikovsky’s Rococo Variations (with Pablo Ferrández as soloist) for his Oslo programme (27 October). “I’m looking forward to being back in Oslo again, especially so as this concert was postponed during the pandemic. La princesse lointaine, little known in the West, was one of the first Romantic pieces for symphony orchestra in the Russian repertoire. I’m trying to programme works by composers, such as Myaskovsky, Glière, Tcherepnin and so on, that deserve to be heard more often.”

Petrenko returns to the Berlin Radio Symphony Orchestra with a thought-provoking combination of Mozart’s ‘Haffner’ Symphony, Alban Berg’s Seven Early Songs (with the acclaimed Australian soprano Siobhan Stagg as soloist) and the fantasy for large orchestra Die Seejungfrau (12 & 13 November). “Die Seejungfrau is one of my favourite works,” he notes. “It may be based on Hans Christian Andersen’s story The Little Mermaid, but it’s really about Zemlinsky’s heartbreak at the ending of his relationship with one of his students, Alma Schindler, who had fallen in love with Gustav Mahler and married him soon after. Zemlinsky associated himself with the mermaid who sacrificed her life for the sake of love.”

For his concerts with the Cleveland Orchestra Petrenko has programmed Elgar’s Cockaigne (In London Town) and Walton’s First Symphony together with Prokofiev’s Second Piano Concerto (1, 2 & 3 December). “I have discovered so much wonderful British music during my time in the UK and it’s one of my passions to bring it to other countries. I feel a duty to bring the beauties of British music to the world.” Other season highlights include an Easter concert with the Netherlands Radio Philharmonic Orchestra comprising Te Deum settings by Arvo Pärt and Bruckner (7, 9 April) and a return to the SWR Symphony Orchestra Stuttgart (17, 18 & 20 November) to perform Franz Schreker’s Vorspiel zu einem Drama, Berg’s Seven Early Songs (with Chen Reiss as soloist) and the original 1911 version of Stravinsky’s ballet Petrushka. “This will be my first time with them for about ten years,” he recalls. “I’m looking forward to working with the orchestra again, especially with one of several programmes I’m doing of works by Viennese composers or members of the Second Viennese School.”

As his season draws to a close, Vasily Petrenko will return to the Bavarian State Opera to conduct Boris Godunov as part of the Munich Opera Festival (4 & 6 July). The production, a revival of Calixto Bieito’s 2013 staging, returns to the original 1868-69 version of Mussorgsky’s score. Ildar Abdrazakov is set to sing the title-role, with Daria Proszek as the tsar’s son Fyodor, Emily Pogorelc as Kseniya and Vitalij Kowaljow as Pimen. “This work, which is set in a time of troubles, offers so many insights into what it is to be human and the ways in which power corrupts,” the conductor comments. “I can’t wait to perform it in Munich with this fine cast.”