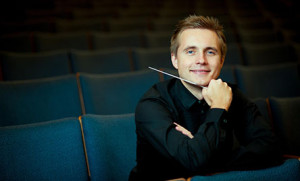 Equally at home in opera house, and with over thirty operas in his repertoire, Petrenko made his debuts in 2010 at Glyndebourne Festival Opera (Macbeth) and the Opera de Paris (Eugen Onegin), and in recent seasons has also conducted Pique Dame at Hamburg State Opera, Boris Godunov at the National Reisopera, La Bohème and Carmen at the Mikhailovsky Theatre, and Parsifal with the Royal Liverpool Philharmonic. Plans for 2013/14 include his debut at the Zurich Opera (Carmen) and performances of Tosca with the Royal Liverpool Philharmonic, and Der fliegende Holländer with the Oslo Philharmonic and at the Mikhailovsky Theatre.

Recordings with the Royal Liverpool Philharmonic Orchestra include a rare double bill of Fleishman’s Rothschild’s Violin and Shostakovich’s The Gamblers, Rachmaninov’s Second and Third Symphonies (winner of the 2012 ECHO Klassik German Music Award for Newcoming Conductor of the Year), the complete piano concertos, Symphonic Dances and Isle of the Dead, and a critically acclaimed series of recordings for Naxos including Tchaikovsky’s Manfred (winner of the 2009 Gramophone Award for Best Orchestral Recording), the Liszt piano concertos, and an ongoing Shostakovich symphony cycle. In October 2007 Vasily Petrenko was named Young Artist of the Year at the annual Gramophone Awards, and in 2010 he won the Male Artist of the Year at the Classical Brit Awards. He is only the second person to have been awarded Honorary Doctorates by both the University of Liverpool and Liverpool Hope University (in 2009), and an Honorary Fellowship of the Liverpool John Moores University (in 2012), awards which recognise the immense impact he has had on the Royal Liverpool Philharmonic and the city’s cultural scene.