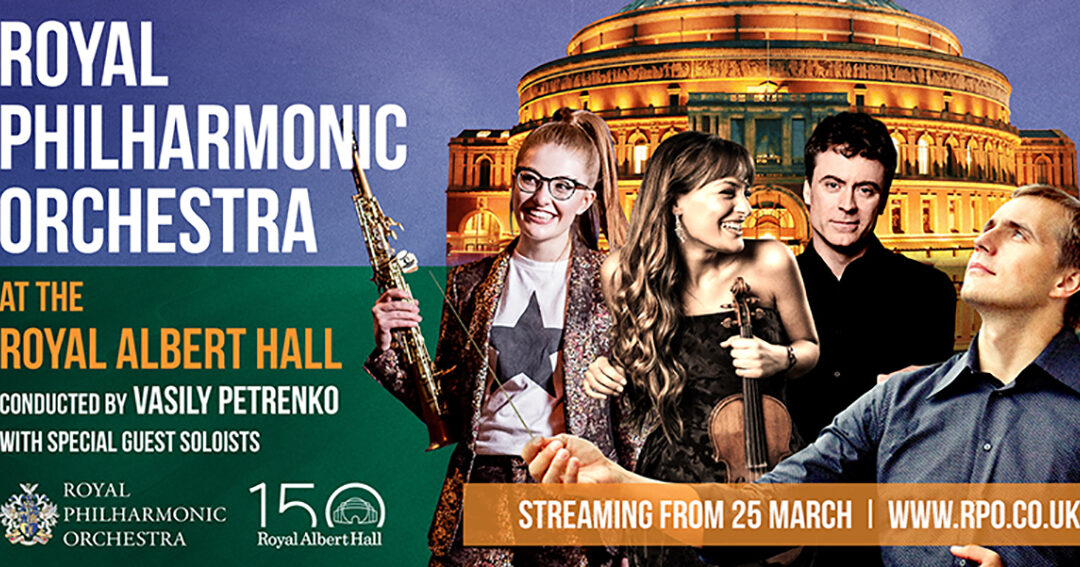 The concerts in March, April and May feature symphonies by Brahms, Beethoven and Tchaikovsky, showcasing the dynamic partnership between the Orchestra and Vasily Petrenko, who will officially take up his position as Music Director in August.

The Orchestra’s return to the Royal Albert Hall comes at a time when RPO research found that three in five (59%) of people said they were looking for ways to positively fulfil their interest in the performing arts – rising to 74% among the under-35 age group. One in six people in the UK said they have been maintaining their connection with the concert hall online through online broadcasts and videos of artist performing at home.

Of those who listened to orchestral music during isolation, seven in ten cited tangible and lasting positive impacts on their mood.

This series of online concerts follows a range of digital presentations which the Orchestra has undertaken since the start of the pandemic.

The RPO’s forthcoming performances at the Royal Albert Hall will be streamed by Fane Productions and tickets are available for purchase at www.rpo.co.uk/rahstreams