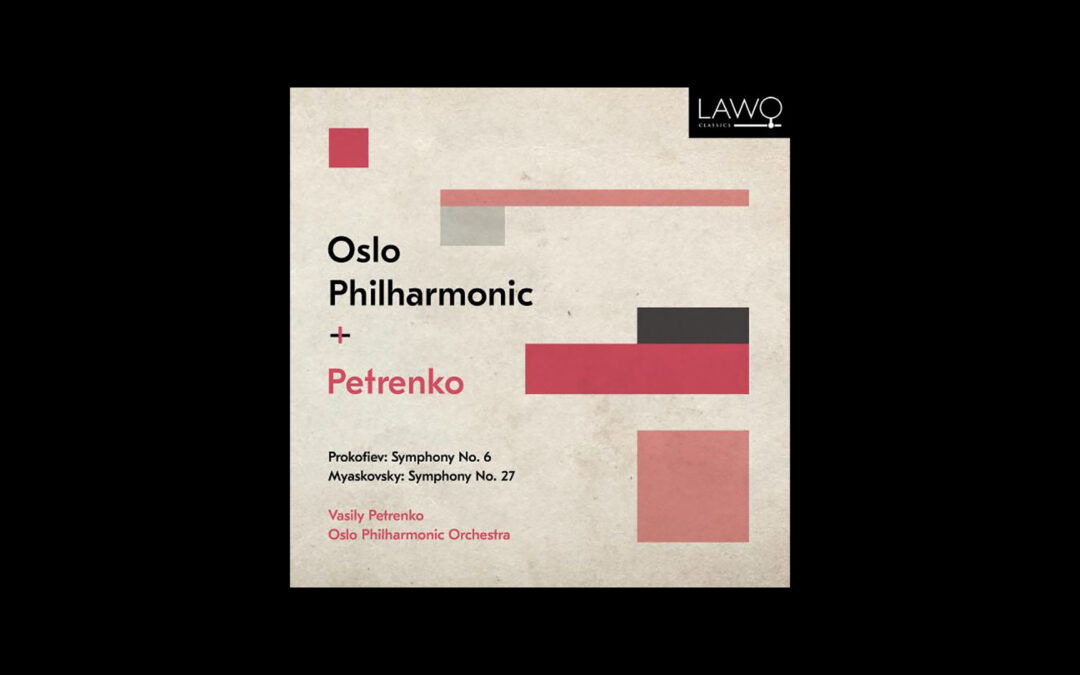 The table is hereby set for the second and final recording of Vasily Petrenko and Oslo Philharmonic’s releases with symphonic works of Sergei Prokofiev and Nikolai Myaskovsky. “…indecently lush string sound…” The Arts Desk on Prokofiev 5/Myaskovsky 21

Vasily Petrenko conducts the Oslo Philharmonic on their new LAWO release, Prokofiev: Symphony No. 6 / Myaskovsky: Symphony No. 27. The album will be availabe in stores and online from 21 May.

Both Prokofiev and Myaskovsky, who were close friends, suffered under the oppressive Soviet regime, and, over the course of their careers, had to compose with threats of artistic censorship hanging over them.

Prokofiev composed Symphony No. 6 in E-flat minor, Op. 111, between 1945 and February 1947, though some sketches date from 1944 before he completed the fifth symphony. It is written for large orchestra and is a profound and personal work with an unmistakable tragic element. He said himself that this symphony was inspired in part by the war years: “Now we are rejoicing in our great victory, but each of us has wounds that cannot be healed.”

Myaskovsky completed the last of his symphonies in C minor, Op. 85 in November 1949. His 27 works in this genre are so strikingly varied in character that is is virtually impossible to define a “typical” Myaskovsky symphony. No. 27 is often referred to as one of his most popular, even though his music was hardly performed outside of Russia. Prokofiev described the music of his good friend in this way: “Myaskovsky was something of a philosopher his music is intelligent, passionate, sombre and self-absorbed.”

Vasily Petrenko is one of the most acclaimed classical recording artists alive and has won numerous accolades for his recordings of Russian repertoire, including two Gramophone awards. With the Oslo Philharmonic he has recorded Shostakovich and Szymanowski concertos, Romeo and Juliet by Prokofiev, and major cycles of orchestral works by Alexander Scriabin and Richard Strauss.

Oslo Philharmonic Orchestra first saw the light of day in 1919. Vasily Petrenko led the orchestra through its 100th anniversary season, including a European tour. In Oslo’s burgeoning cultural scene, the Philhamonic under Petrenko’s leadership has been a vital and forward-looking centenarian.