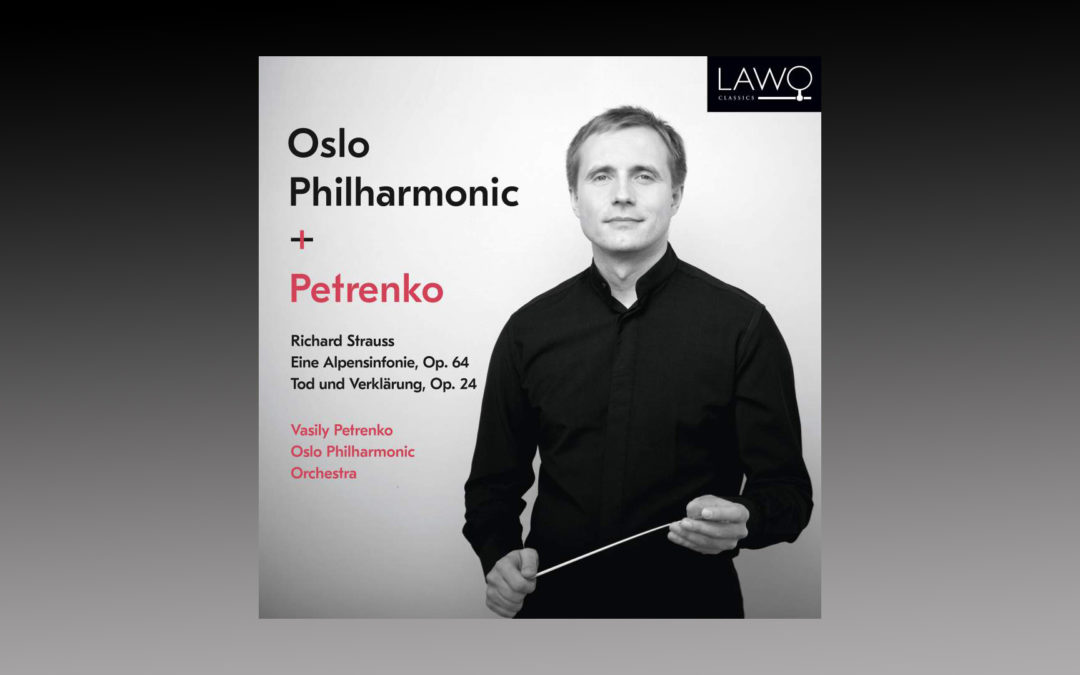 The Oslo Philharmonic Orchestra and Vasily Petrenko offer the third and last release in the series of recordings of Richard Strauss’s orchestral music. On this album, the listener is presented with the tone poems Eine Alpensinfonie, Op. 64 and Tod und Verklärung, Op. 24.

The Oslo Philharmonic, under the baton of chief conductor Petrenko, reaped glowing reviews in Norway and abroad for their first two recording in this Strauss series: LWC1166, (“Also Sprach Zarathustra” and “Ein Heldenleben”) and LWC1184 (“Don Quixote”, “Don Juan” and “Till Eulenspiegels lustige Streiche”).

Both releases were selected as “Editor’s Choice” by Gramophone Magazine and were universally critically acclaimed. Gramophone writes, “There’s no lack of excitement or, where needed, bombast, and the Osloers’ sound at full throttle is thrilling, their playing superb.”The Times notes, “As Petrenko’s tenure in Oslo begins to wind down, he revels in the standards of orchestral virtuosity he has attained with this excellent band in two Strauss tone poems that challenge all instrumental departments…the Osloers shine brilliantly.”

Vasily Petrenko is one of the most significant figures on the classical music scene today, and he has won numerous accolades for his recordings of the Russian repertoire, including two Gramophone Awards. With Oslo Philharmonic Orchestra he has recorded works of Shostakovich, Szymanowski, Strauss and Prokofiev, as well as a large cycle of orchestral works of Alexander Scriabin.

Available in stores and online now on Lawo