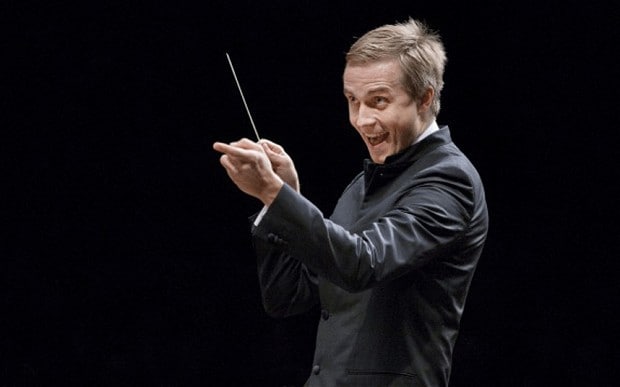 The Royal Liverpool Philharmonic Orchestra performed two extremely contrasting symphonies at Sage Gateshead – Rachmaninov’s Second Symphony and new Philip Glass’s Eleventh Symphony under the baton of Vasily Petrenko. Despite this fundamental difference, endlessly pulsing energy that underpinned most of Philip Glass’s Symphony and Rachmaninov’s second which allowed the frantic pace of life to slow down, the two symphonies, written just over a century apart, made surprisingly good concert neighbours. Both pieces expressed a direct emotional honesty, and projected a sense of huge physical space, albeit seen from different viewpoints.

Jane Shuttleworth noted, “Petrenko has a wonderful trick of appearing to hold back, keeping the expressivity under restraint and building very subtly until, without knowing quite how we got there, I would suddenly realise that the music has become highly emotional. There’s no doubt Petrenko treats this music as a spiritual homecoming, injecting every ounce of his being into it.”