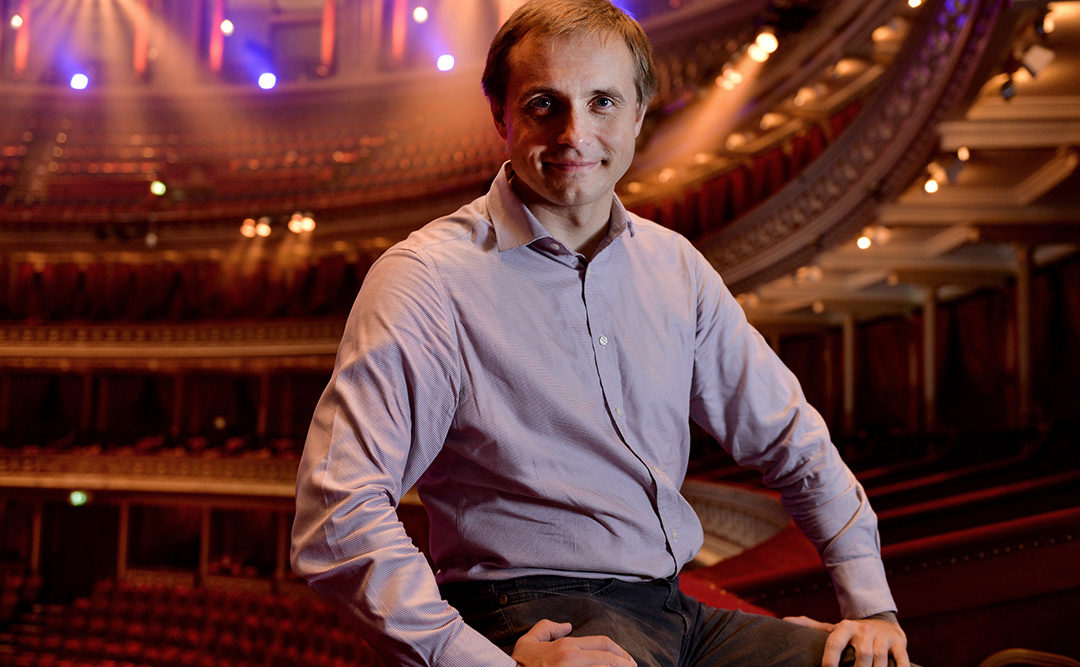 Saturday night was to have seen the second concert of the Bavarian Radio Symphony Orchestra’s Carnegie Hall weekend with Chief Conductor Mariss Jansons, but his indisposition found Vasily Petrenko stepping in to make his debut with the orchestra on just a few hours’ notice – a performance that also marked his debut at the legendary Carnegie Hall, and indeed his debut in New York City. Plucked out of rehearsals at the Metropolitan Opera House, where he will lead the revival of Elijah Moshinsky’s celebrated production of Tchaikovsky’s The Queen of Spades from 29th November (his Met debut and planned first appearances in the city), the 43-year old St Petersburg native had the critics reaching for superlatives:

Rick Perdian of Seenandheard-international reported that “it was announced that Vasily Petrenko would be conducting in [Jansons’] place; a rabbit-out-of-the-hat trick by Carnegie Hall and the BRSO that could hardly be topped. Seizing the moment, Petrenko strode on to the stage of Carnegie Hall and triumphed. If the baton had to be passed, how fitting that it was to this dynamic young conductor who had studied with Jansons. If there were any doubts as to whether Petrenko was up to the task, his confident, energetic presence on the podium and the brilliant playing of the orchestra in the Weber immediately dispelled them. […] The emotional and musical impact of these concerts will resonate for some time to come with anyone who experienced them. It was a roller-coaster ride for all involved, and even more so for the members of the BRSO who captured each of the highs and lows of the two evenings in their playing. For Petrenko, it was a personal triumph.”

Musical America’s Clive Paget concurred: “a noted Shostakovich expert—his symphonic cycle on Naxos is rightly acclaimed—his less than 24-hour notice Carnegie Hall appearance, another house debut, turned out to be genuinely auspicious. Mariss Jansons’s Shostakovich Ten is a known entity, respected for its scrupulous observance of the composer’s markings, a firmly maintained dramatic balance, and a natural expansiveness.Petrenko’s possesses all of those qualities, but he also brings a poised plasticity and a palpable sense of musical storytelling to a work that can come across as enigmatically episodic. In his supple hands, brooding strings heaved and sighed. Time regularly seemed to hold its breath […] Petrenko judged the release into the sunlight of the finale with studied skill. He maintained a hard-driven approach that added a welcome edge of hysteria to the suspiciously sugary main theme. A willingness throughout his reading to explore ambiguities often hiding in plain sight gave the rush to the finish a quality that was both exhilarating and appropriately double-faced. U.S. orchestras should be dialing Petrenko’smanagement tout suite.”

Susan Stempleski from Classical Source adds “Vasily Petrenko made a spectacular impression in this […] blazing performance of Dmitri Shostakovich’s Tenth Symphony. Responding to Petrenko’s elaborate and expansive gestures, the Bavarian musicians delivered a powerful performance brimming with bite and intensity.”

The past couple of seasons have seen Petrenko making a series of successful debuts with significant orchestras, including the Berlin Philharmonic in 2018, and the Gewandhausorchester Leipzig earlier this year, where he will return in 2020. He also makes his debut in 2020 with the Dresden Philharmonic. Following his performances at the Metropolitan Opera, he next returns to the US to conduct the Pittsburgh Symphony in February.