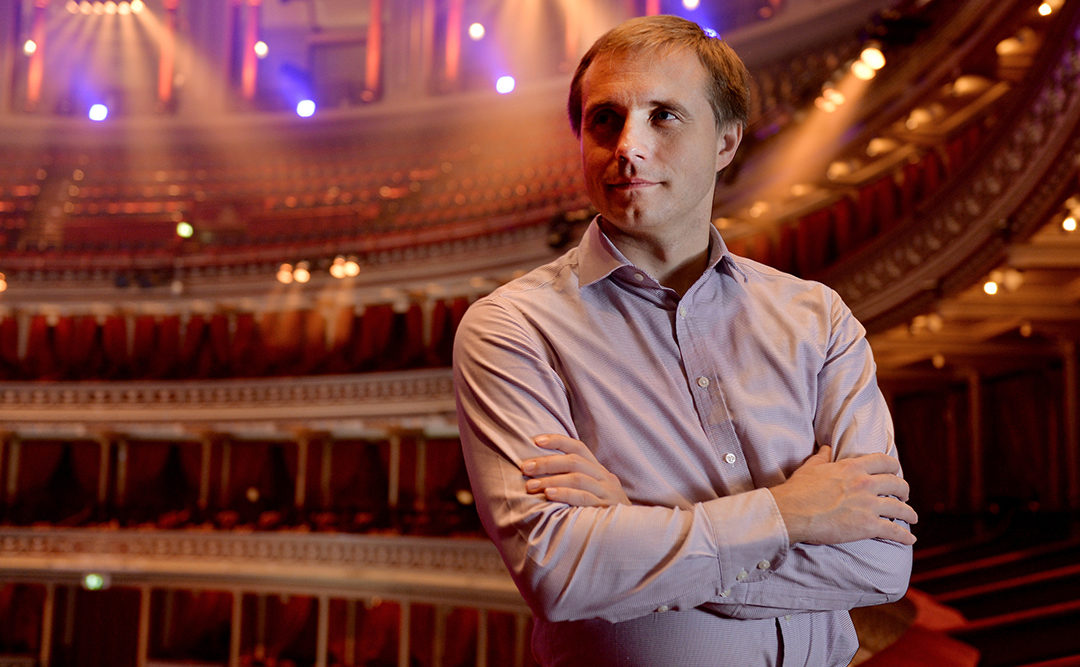 Two British music icons will join forces in a new five-year partnership as the Royal Philharmonic Orchestra (RPO) today becomes the official Associate Orchestra of the Royal Albert Hall, reaffirming London’s position as a global centre for the arts. Building upon the success of recent collaborations such as the world premiere of PlayStation in Concert, Baahubali – The Beginning Live and Rising Stars of Classical, this new partnership seeks to broaden the artistic programmes and audiences for orchestral music at the Royal Albert Hall. For the Royal Philharmonic Orchestra, today’s announcement follows the recent appointment of Vasily Petrenko as the orchestra’s new Music Director.

These moves form part of the RPO’s strategy to create a contemporary, inclusive orchestra that brings together the best of heritage and modernity – using orchestral music as a universal language to unite people of different backgrounds, ages, cultures and languages. The partnership will also strengthen the Royal Albert Hall’s position as the home of classical music in London, opening with the RPO series of Mahler choral symphonies (Nos. 2, 3, 8) conducted by Petrenko, beginning with Mahler’s colossal Symphony No 8, Symphony of a Thousand. This landmark performance will see over 600 musicians on stage, with the RPO performing alongside the Royal Liverpool Philharmonic Orchestra, where Petrenko is currently Chief Conductor.

This new partnership will play a key role as the Royal Albert Hall prepares to celebrate its 150th Anniversary in 2021. This also coincides with the RPO’s 75th Anniversary and Petrenko’s official start as Music Director.  The RPO will play a key role in the Royal Albert Hall’s regular series such as Christmas, Films in Concert and Love Classical, alongside the RPO’s own concert programme. There will also be opportunities to collaborate on community, family and education programmes.

The Royal Albert Hall draws audiences from all over the world and the Royal Philharmonic Orchestra attracts many of the world’s finest guest artists. The RPO also acts as a cultural ambassador for British arts abroad as part of its extensive touring programme – and is the ensemble that breaks British orchestras into new international markets.

Lucy Noble, Artistic Director at the Royal Albert Hall added: “The Hall is one of the most loved classical music venues in the world, and this new partnership will strengthen our orchestral programming year-round. Without a doubt, the RPO fully embodies our values. Its track record for education work and the sheer breadth and creativity of its popular concerts made our decision to partner with them an easy one. We can’t wait to get started.”